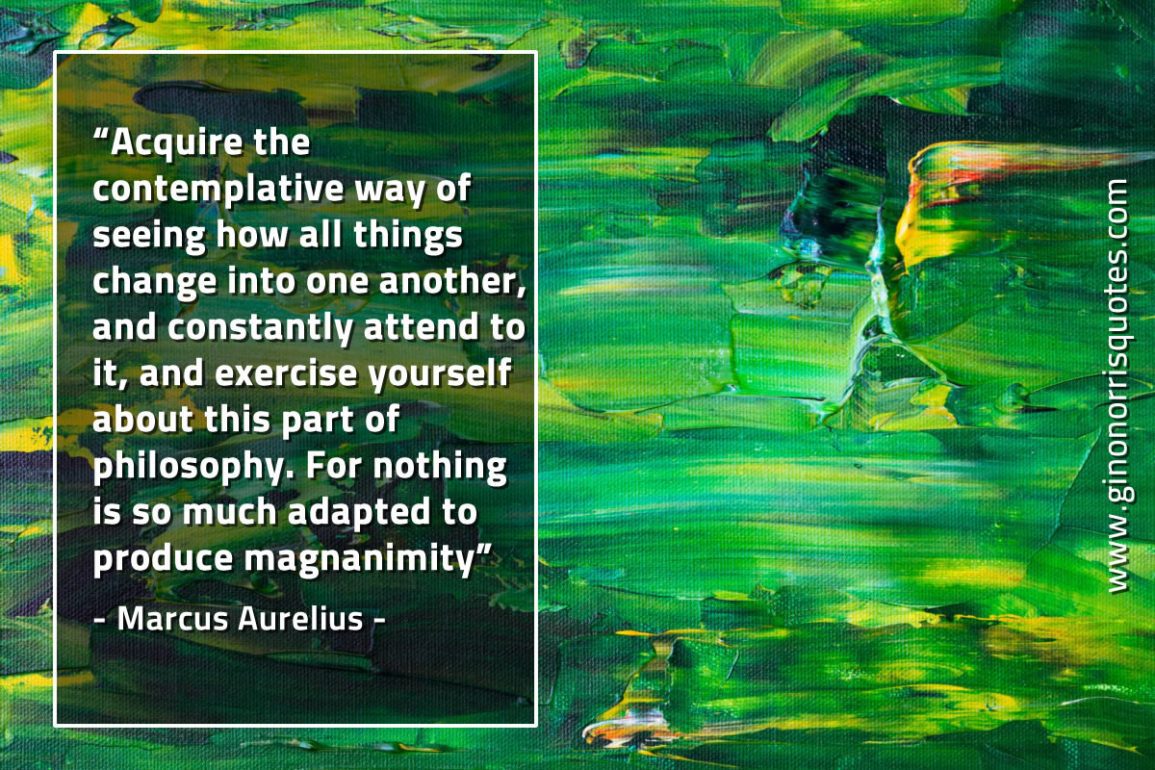 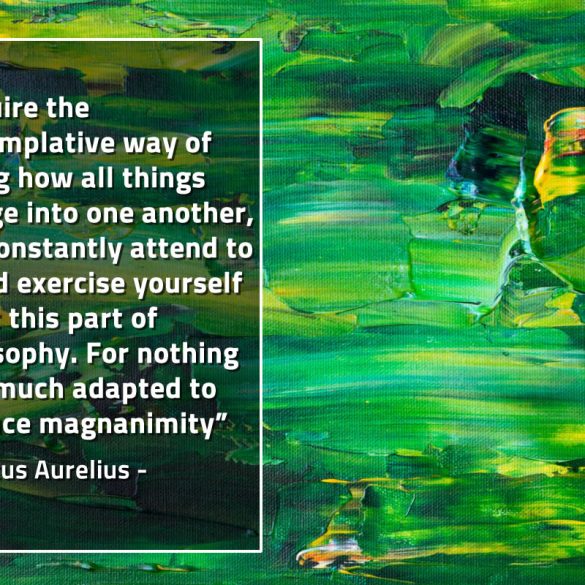 Acquire the contemplative way of seeing how all things change into one another, and constantly attend to it, and exercise yourself about this part of philosophy. For nothing is so much adapted to produce magnanimity.