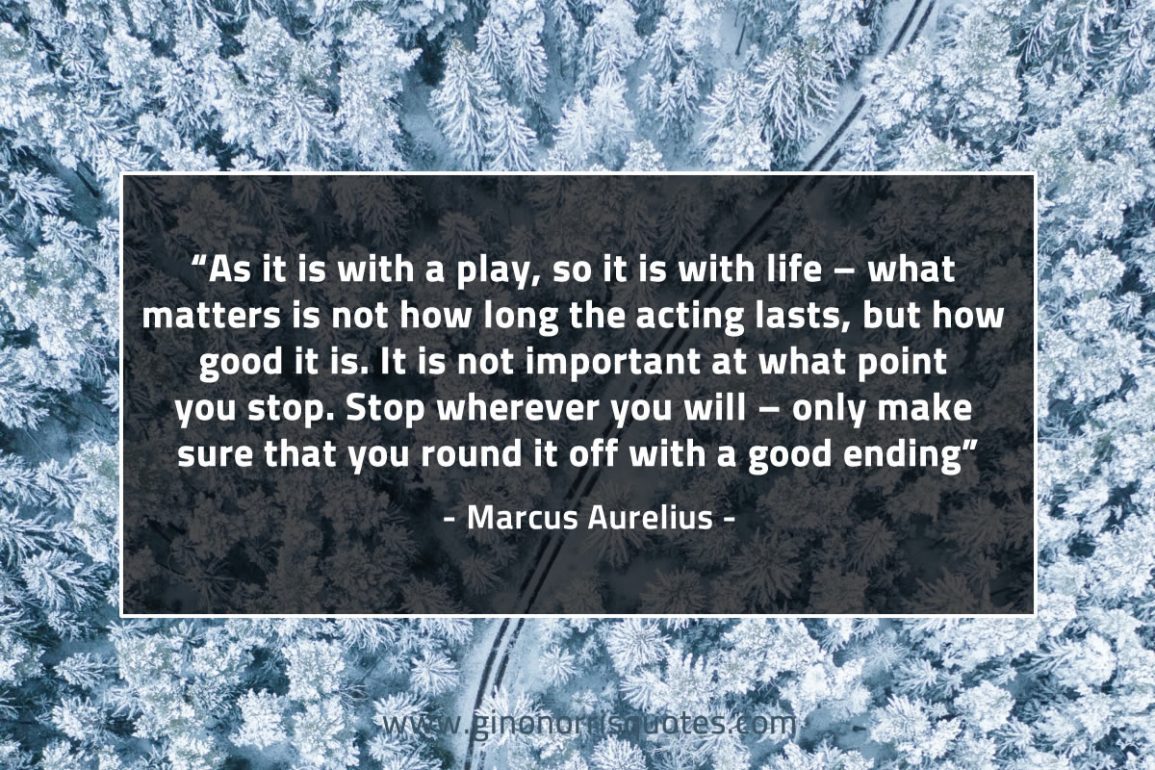 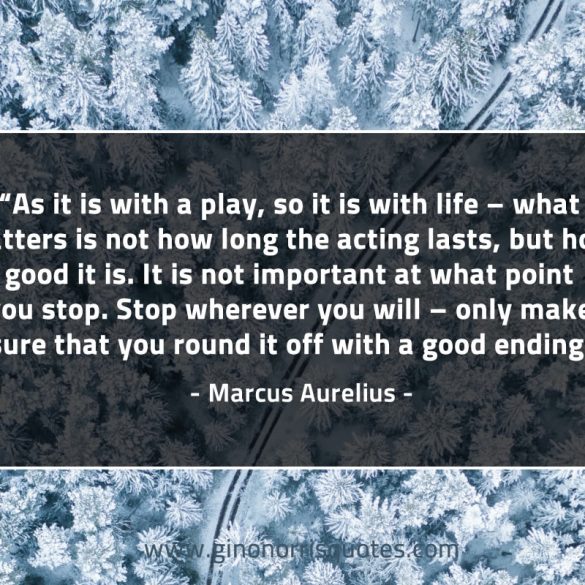 As it is with a play, so it is with life – what matters is not how long the acting lasts, but how good it is. It is not important at what point you stop. Stop wherever you will – only make sure that you round it off with a good ending.

Next
Pleasures, when they go beyond a certain limit, are but punishments – Marcus Aurelius
Start typing to see results or hit ESC to close
wisdom life Gino Norris Inspiration ginonorrisquotes
See all results