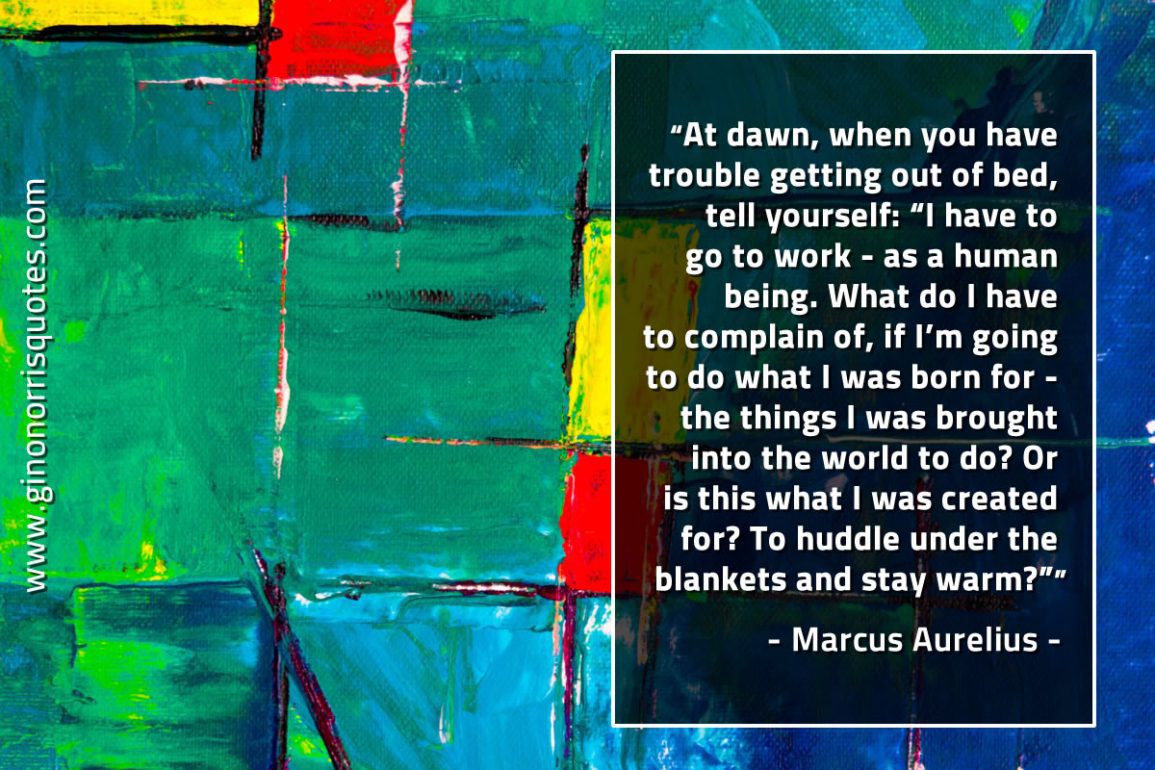 At dawn, when you have trouble getting out of bed, tell yourself – Marcus Aurelius

At dawn, when you have trouble getting out of bed, tell yourself: “I have to go to work — as a human being. What do I have to complain of, if I’m going to do what I was born for — the things I was brought into the world to do? Or is this what I was created for? To huddle under the blankets and stay warm?”