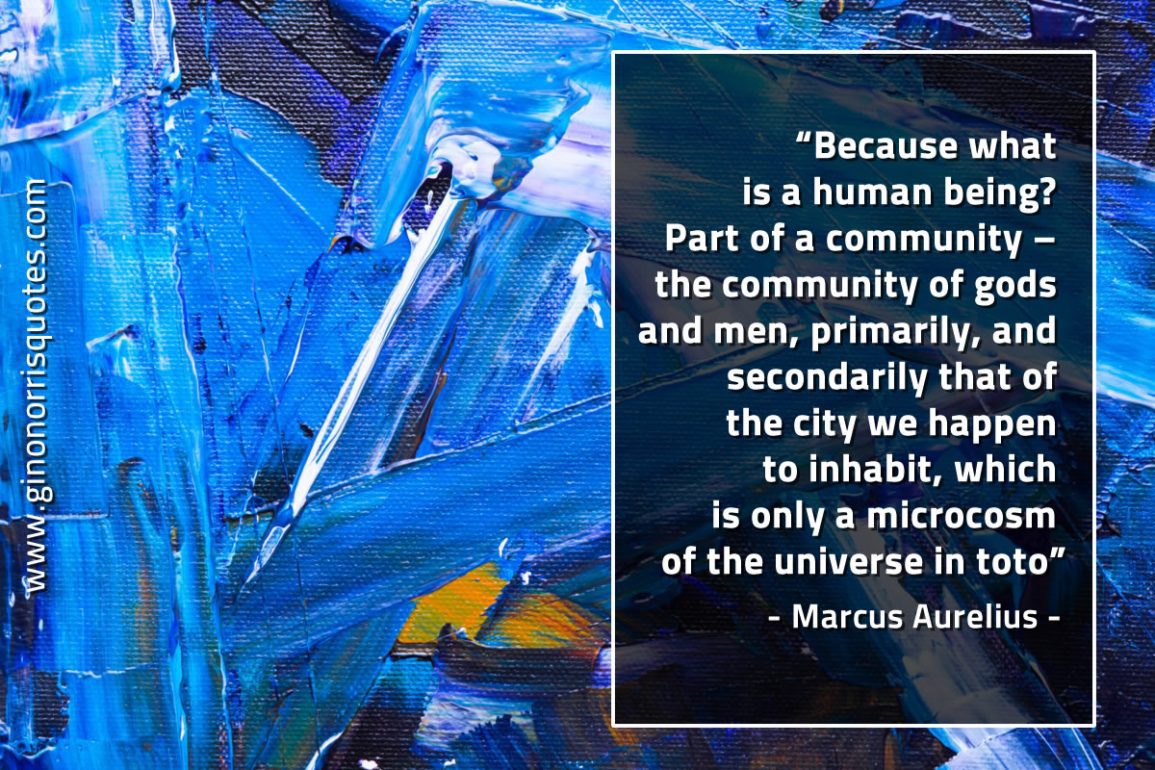 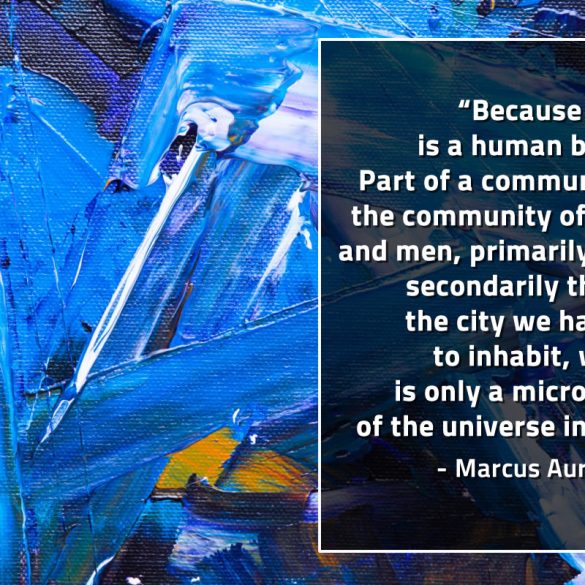 Because what is a human being? – Marcus Aurelius

Because what is a human being? Part of a community – the community of gods and men, primarily, and secondarily that of the city we happen to inhabit, which is only a microcosm of the universe in toto.

Next
Why are we still lazy, indifferent and dull? – Marcus Aurelius
Start typing to see results or hit ESC to close
wisdom life Gino Norris Inspiration ginonorrisquotes
See all results