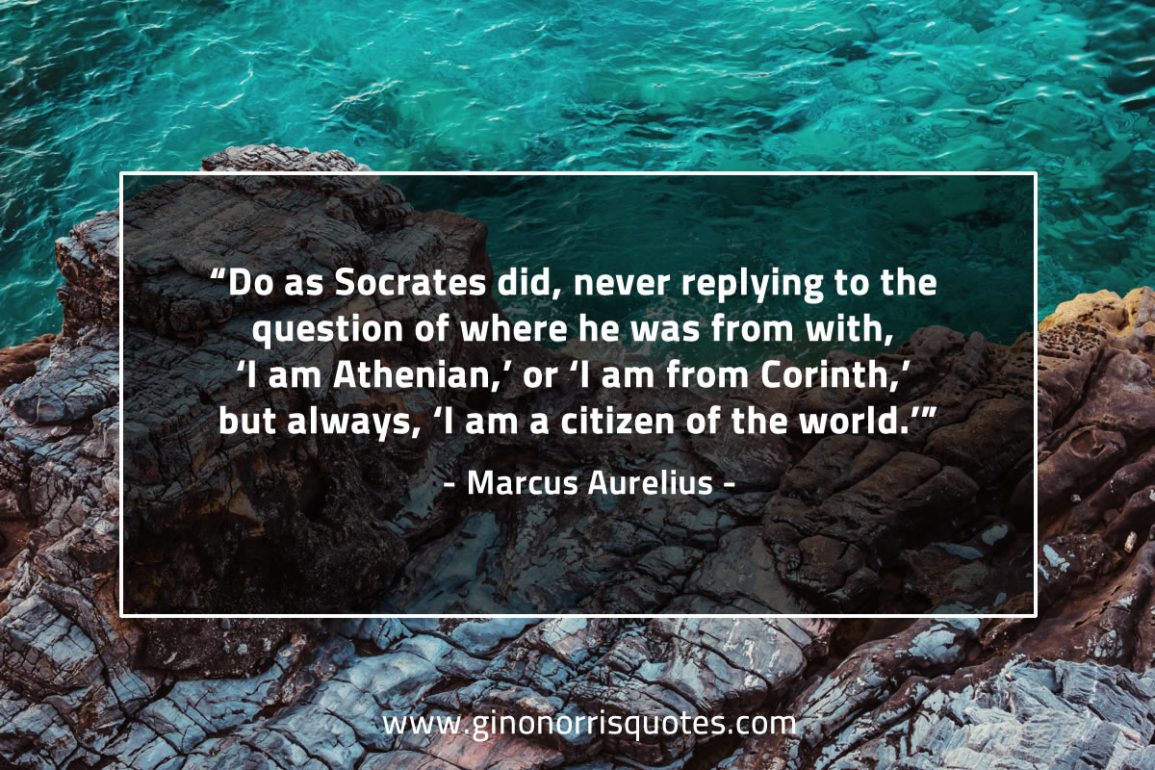 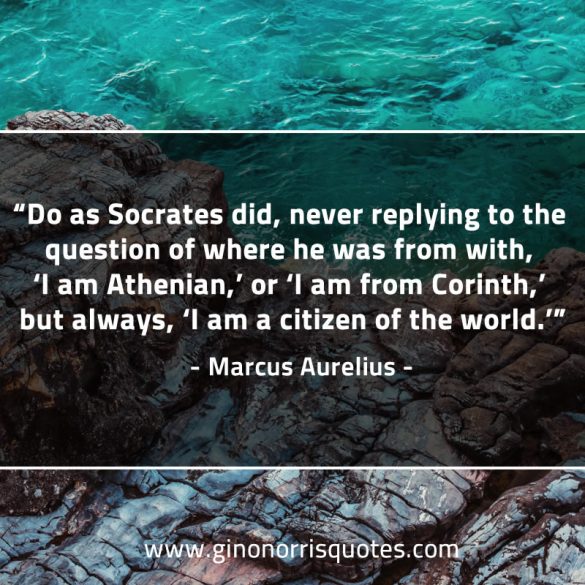 Do as Socrates did – Marcus Aurelius

Do as Socrates did, never replying to the question of where he was from with, ‘I am Athenian,’ or ‘I am from Corinth,’ but always, ‘I am a citizen of the world.’.

Previous
Just prove to me that you are trustworthy – Marcus Aurelius

Next
To be sure, external things of whatever kind require skill in their use – Marcus Aurelius
Start typing to see results or hit ESC to close
wisdom life Gino Norris Inspiration ginonorrisquotes
See all results