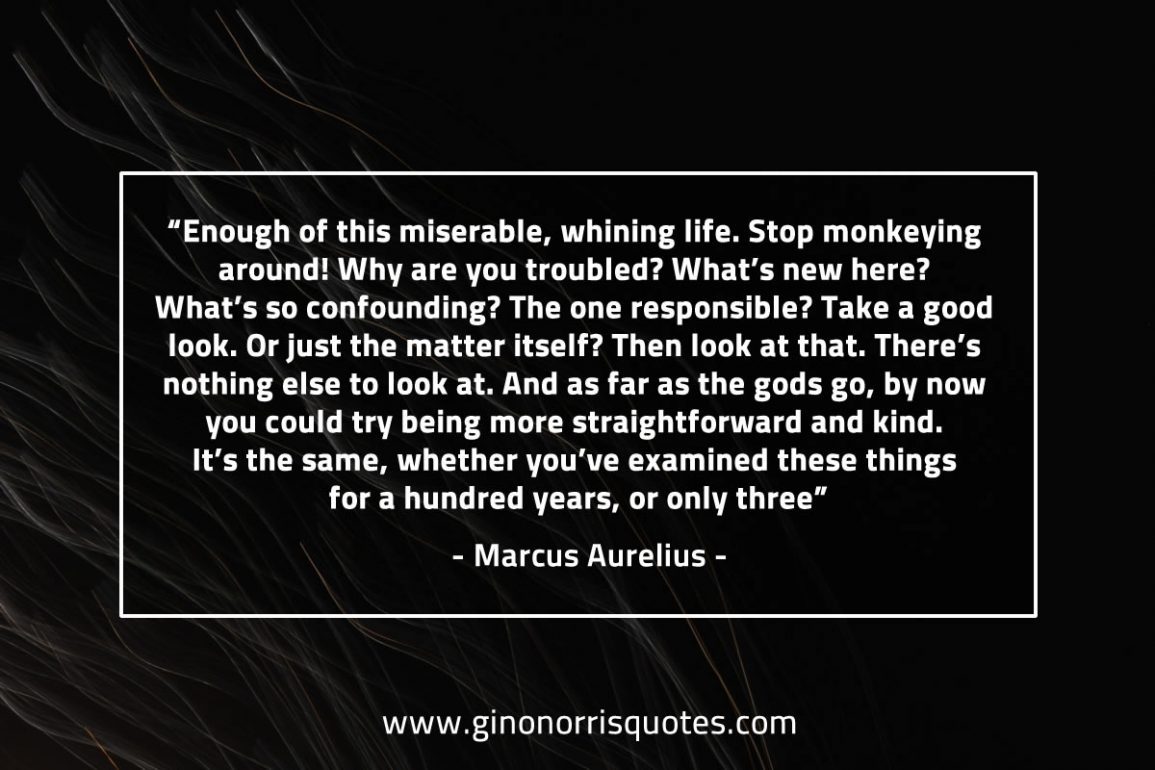 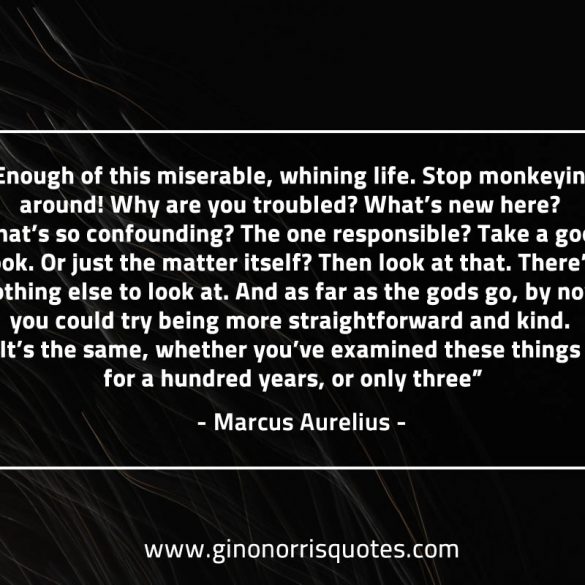 Enough of this miserable, whining life. Stop monkeying around! Why are you troubled? What’s new here? What’s so confounding? The one responsible? Take a good look. Or just the matter itself? Then look at that. There’s nothing else to look at. And as far as the gods go, by now you could try being more straightforward and kind. It’s the same, whether you’ve examined these things for a hundred years, or only three.

Previous
Life is short. That’s all there is to say – Marcus Aurelius