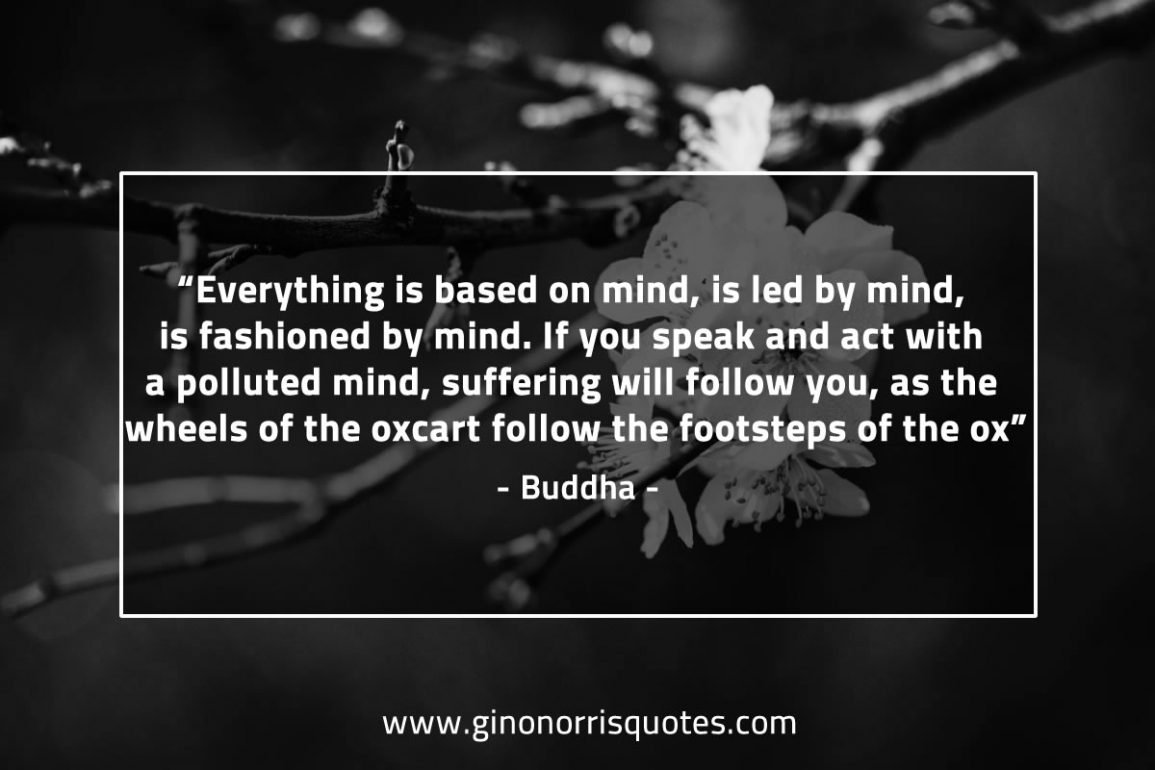 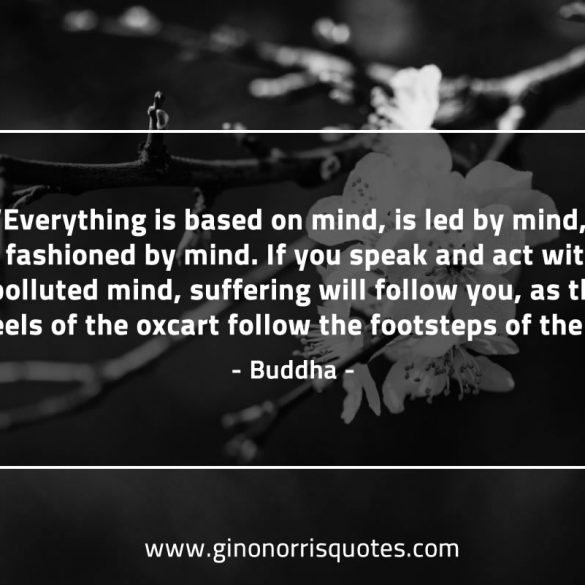 Everything is based on mind – Buddha

Everything is based on mind, is led by mind, is fashioned by mind. If you speak and act with a polluted mind, suffering will follow you, as the wheels of the oxcart follow the footsteps of the ox.

Previous
There is nothing so disobedient as an undisciplined mind – Buddha