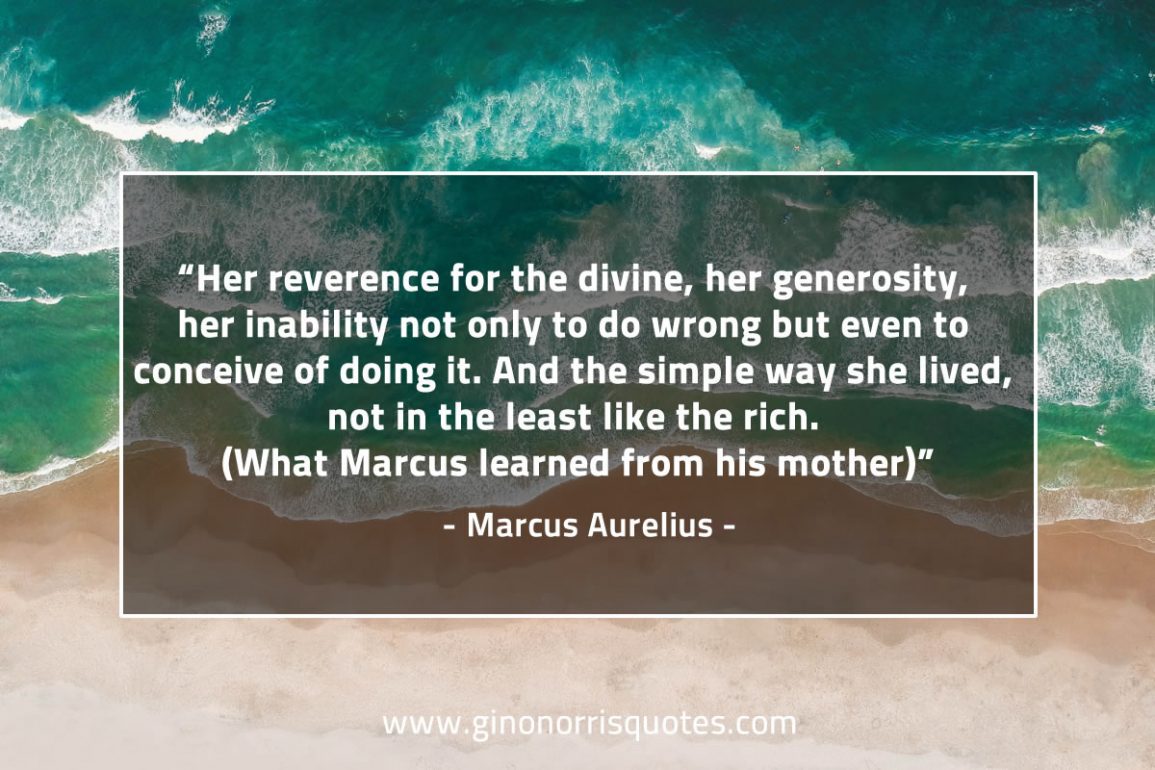 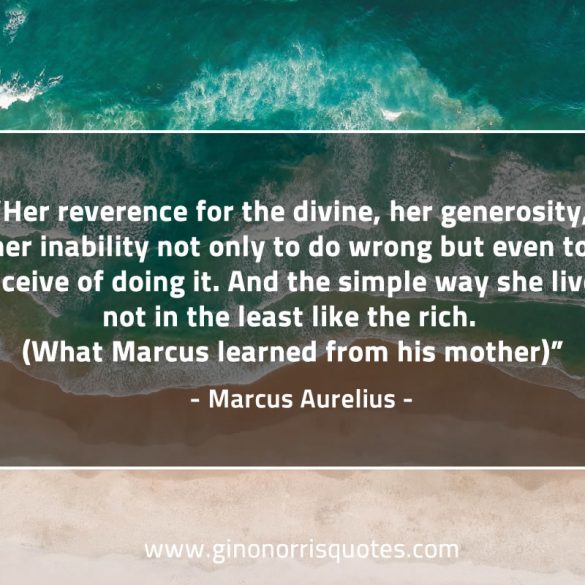 Her reverence for the divine – Marcus Aurelius

Her reverence for the divine, her generosity, her inability not only to do wrong but even to conceive of doing it. And the simple way she lived – not in the least like the rich. (What Marcus learned from his mother).

Previous
If you seek tranquility, do less – Marcus Aurelius