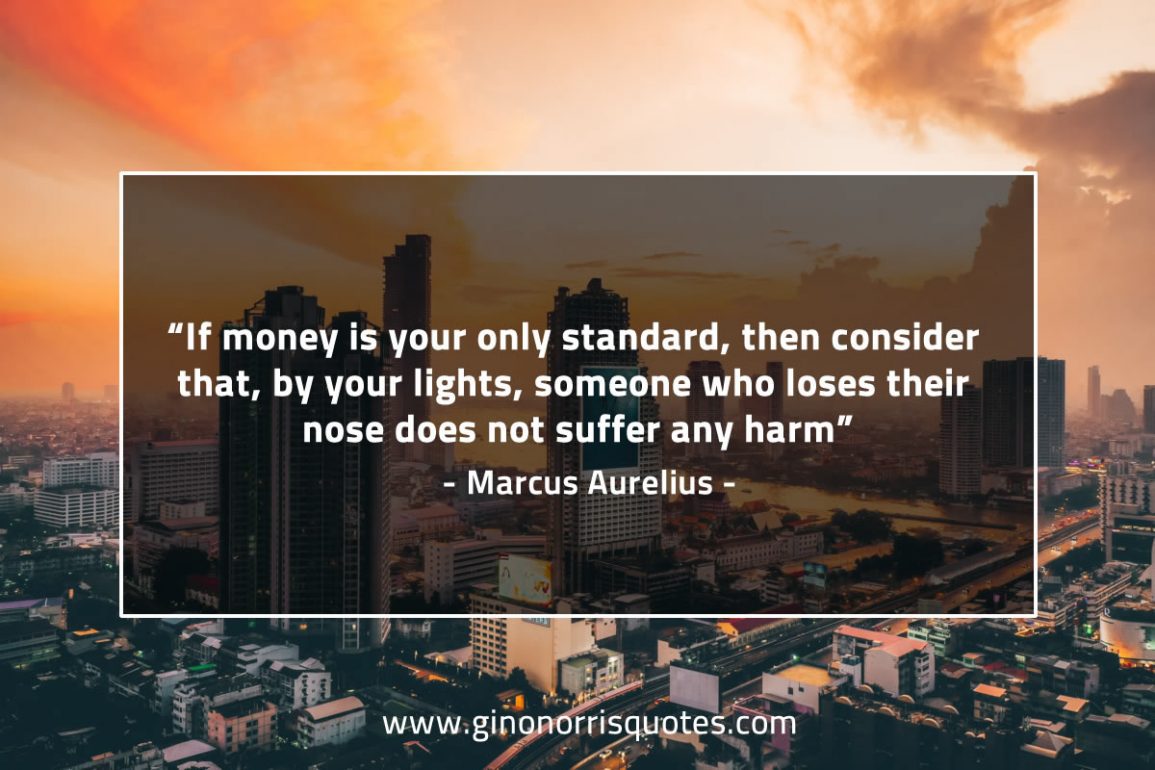 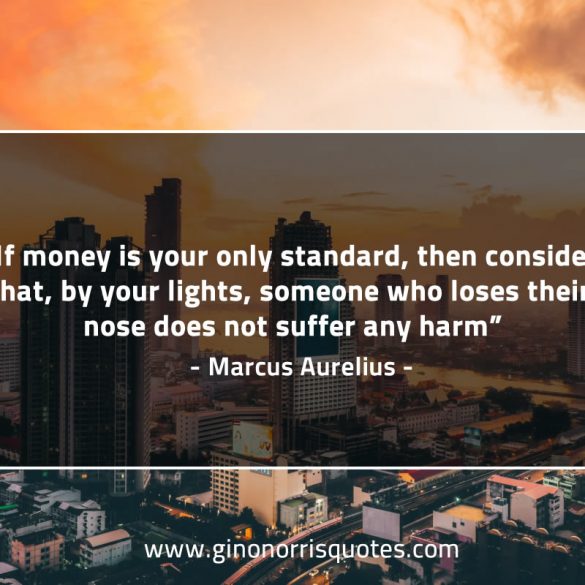 If money is your only standard – Marcus Aurelius

If money is your only standard, then consider that, by your lights, someone who loses their nose does not suffer any harm.