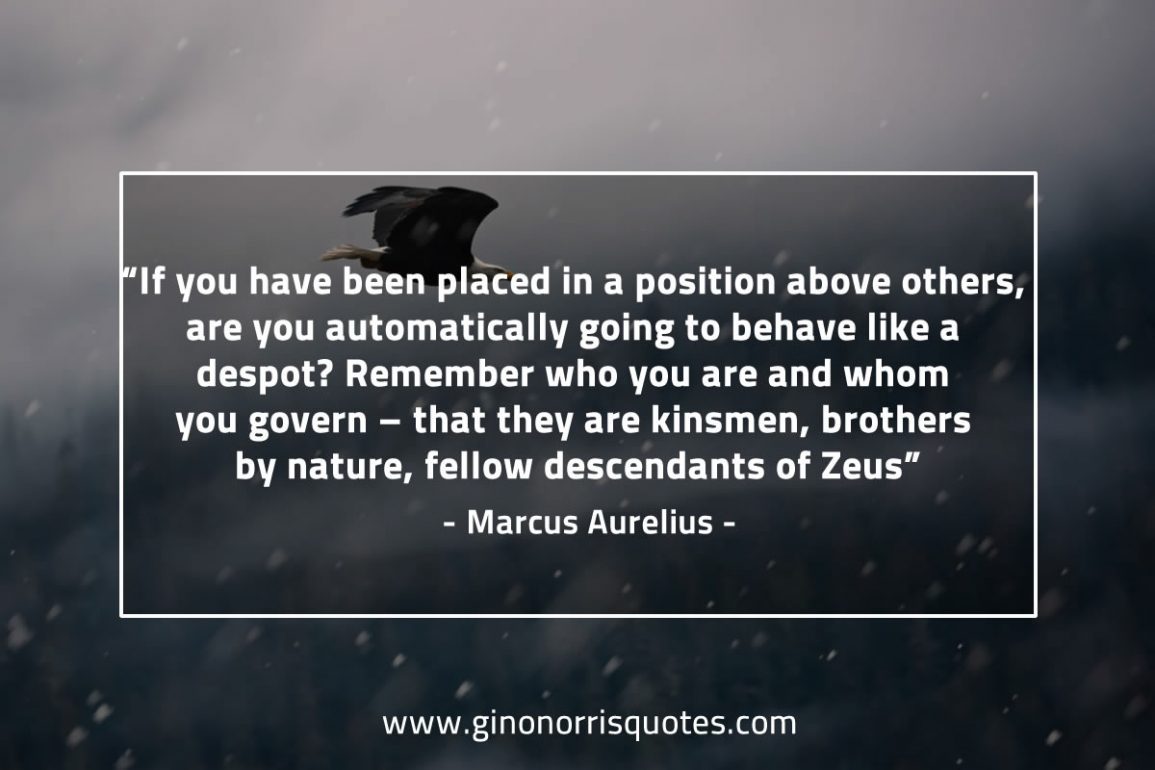 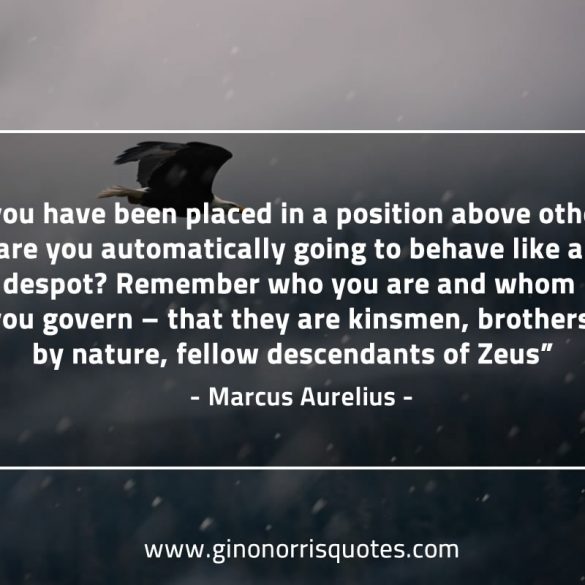 If you have been placed in a position above others, are you automatically going to behave like a despot? Remember who you are and whom you govern – that they are kinsmen, brothers by nature, fellow descendants of Zeus.

Previous
‘Well, what will my profession in the community be?’ – Marcus Aurelius

Next
No matter what anyone says or does, my task is to be good – Marcus Aurelius
Start typing to see results or hit ESC to close
wisdom life Gino Norris Inspiration ginonorrisquotes
See all results