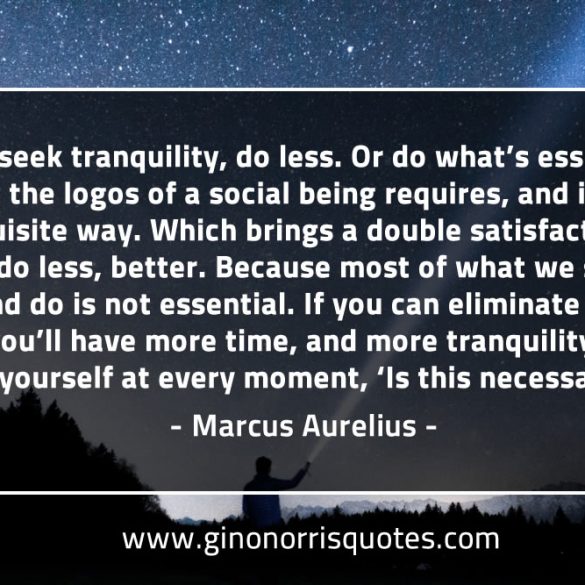 If you seek tranquility, do less – Marcus Aurelius

If you seek tranquility, do less. Or do what’s essential – what the logos of a social being requires, and in the requisite way. Which brings a double satisfaction: to do less, better. Because most of what we say and do is not essential. If you can eliminate it, you’ll have more time, and more tranquility. Ask yourself at every moment, ‘Is this necessary?’