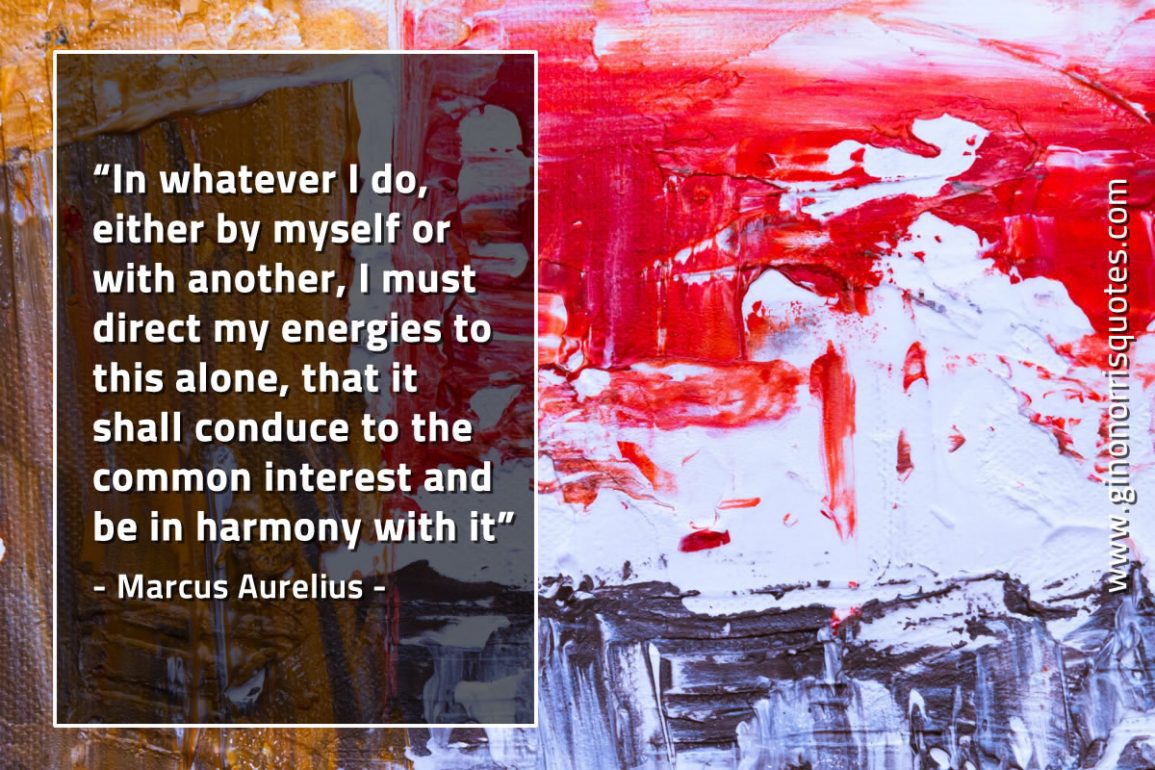 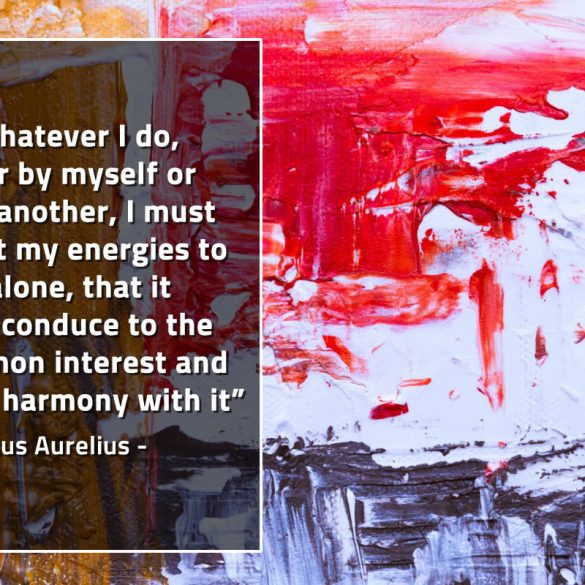 In whatever I do, either by myself or with another – Marcus Aurelius

In whatever I do, either by myself or with another, I must direct my energies to this alone, that it shall conduce to the common interest and be in harmony with it.