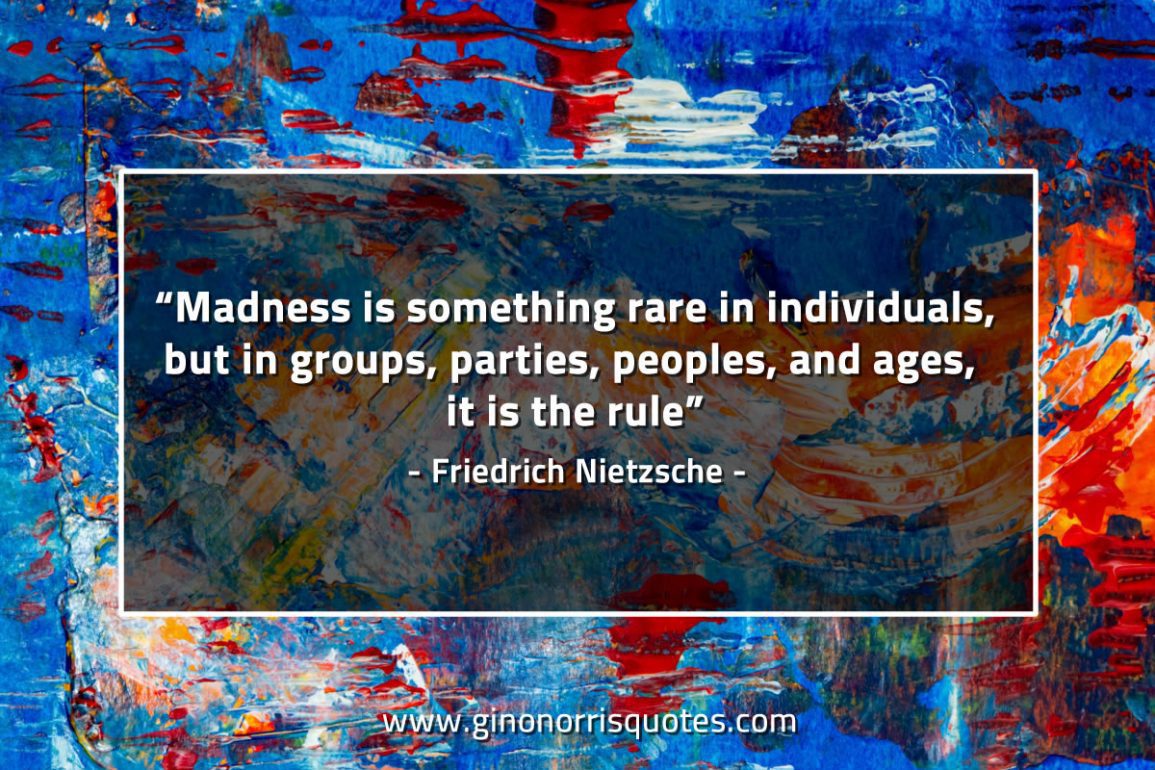 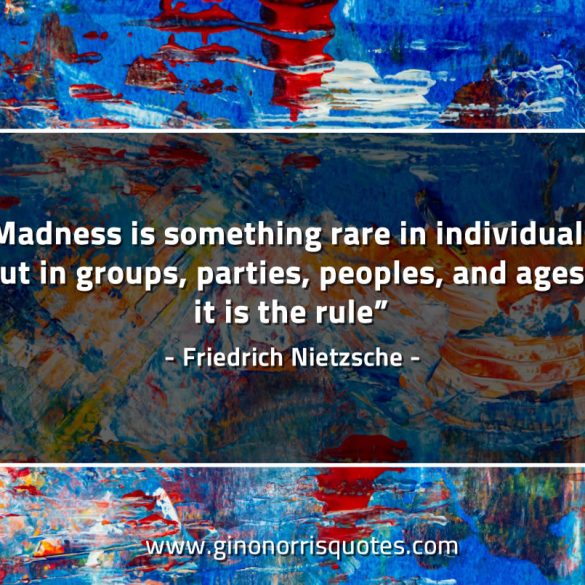 Madness is something rare in individuals – Friedrich Nietzsche

Madness is something rare in individuals — but in groups, parties, peoples, and ages, it is the rule.

Friedrich Wilhelm Nietzsche was a German philosopher, cultural critic, composer, poet, and philologist whose work has exerted a profound influence on modern intellectual history. He began his career as a classical philologist before turning to philosophy.
Born: 15 October 1844, Röcken, Lützen, Germany
Died: 25 August 1900, Weimar, Germany
Friedrich Nietzsche was a German philosopher who became one of the most influential of all modern thinkers. His attempts to unmask the motives that underlie traditional Western religion, morality, and philosophy deeply affected generations of theologians, philosophers, psychologists, poets, novelists, and playwrights.
Profession: philosopher, cultural critic, composer, poet, and philologist
Nationality: German

Previous
The irrationality of a thing – Friedrich Nietzsche