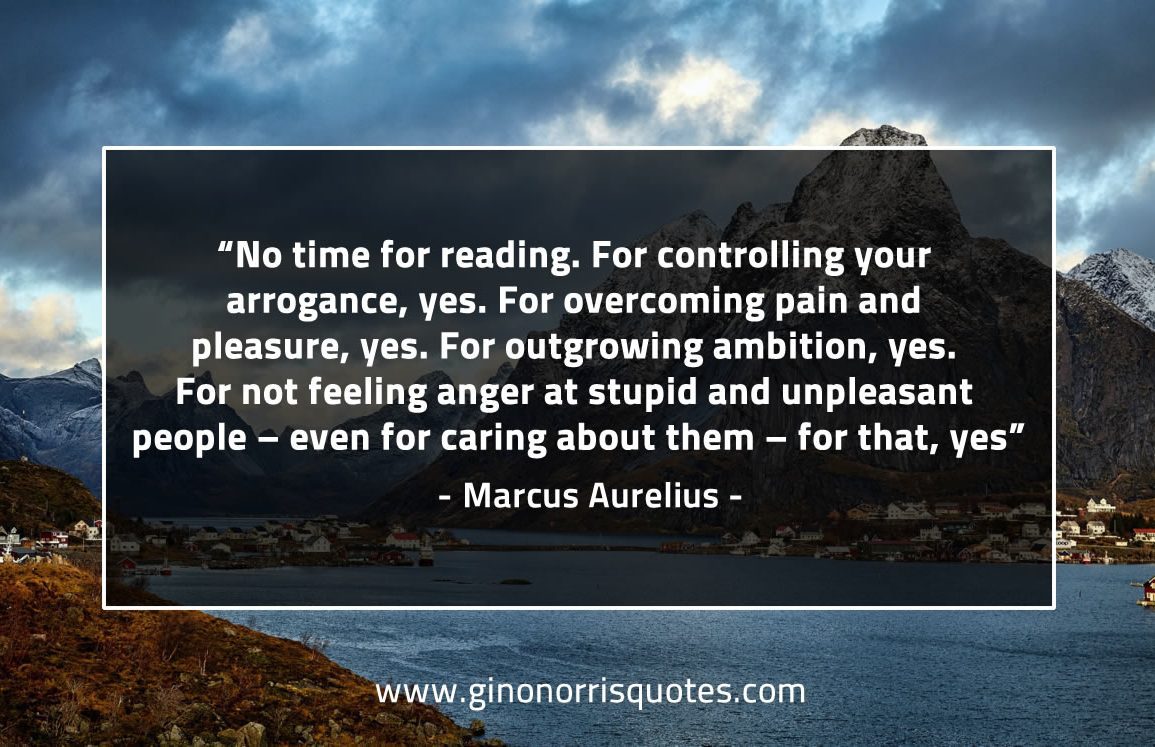 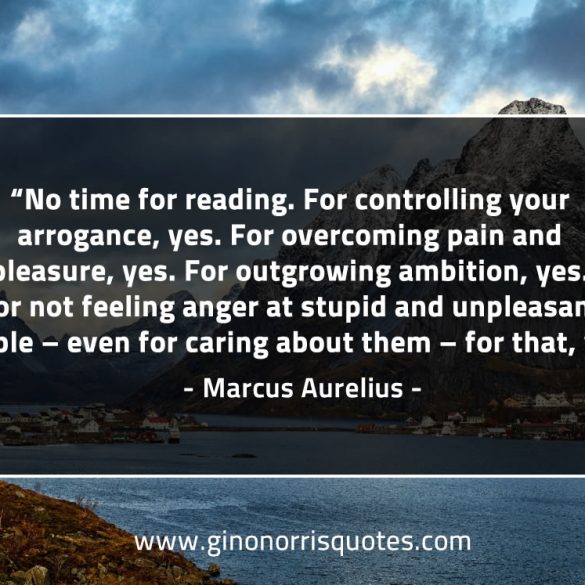 No time for reading – Marcus Aurelius

No time for reading. For controlling your arrogance, yes. For overcoming pain and pleasure, yes. For outgrowing ambition, yes. For not feeling anger at stupid and unpleasant people – even for caring about them – for that, yes.