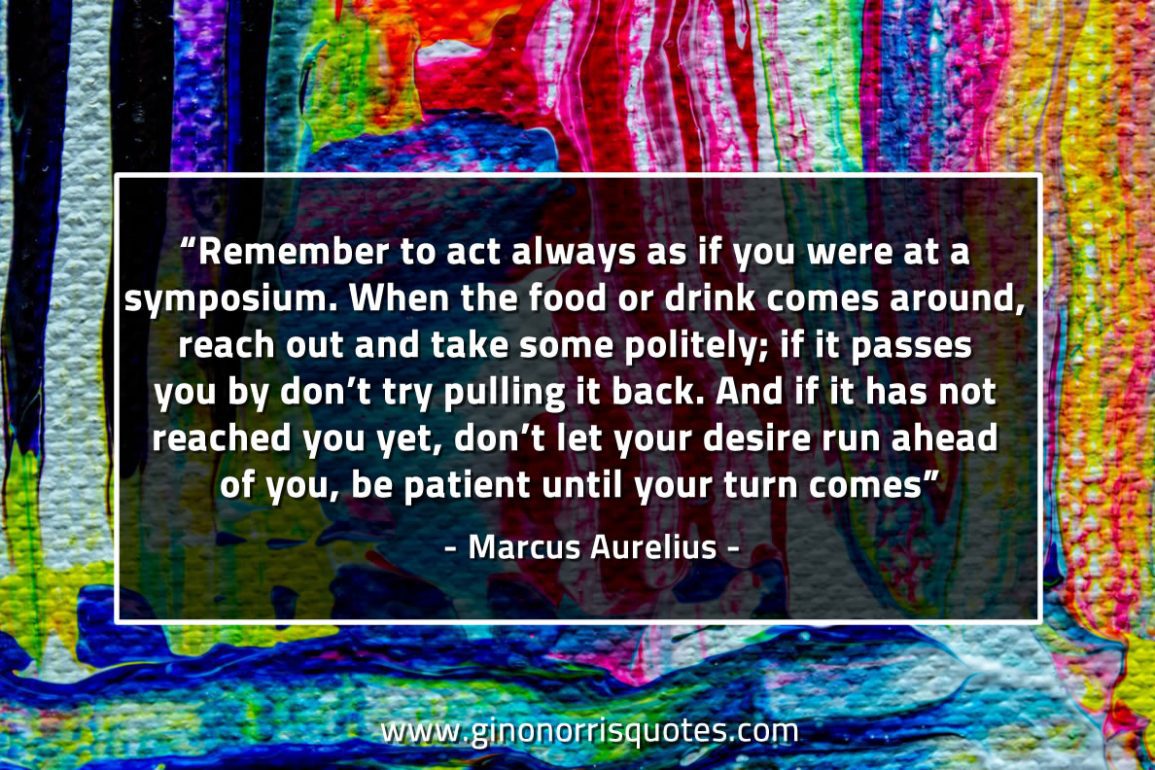 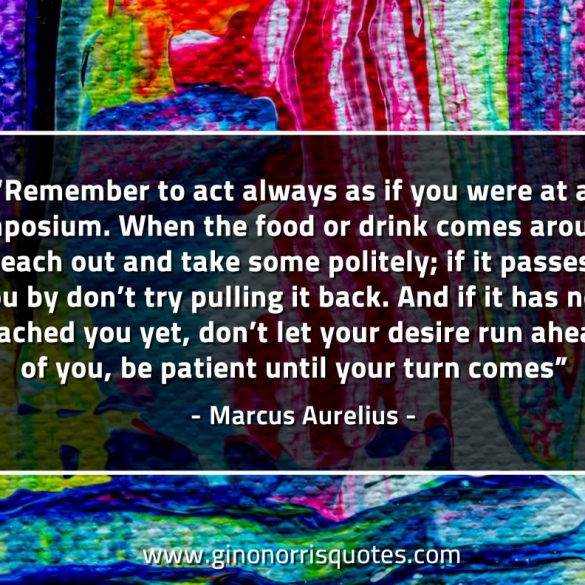 Remember to act always as if you were at a symposium. When the food or drink comes around, reach out and take some politely; if it passes you by don’t try pulling it back. And if it has not reached you yet, don’t let your desire run ahead of you, be patient until your turn comes.