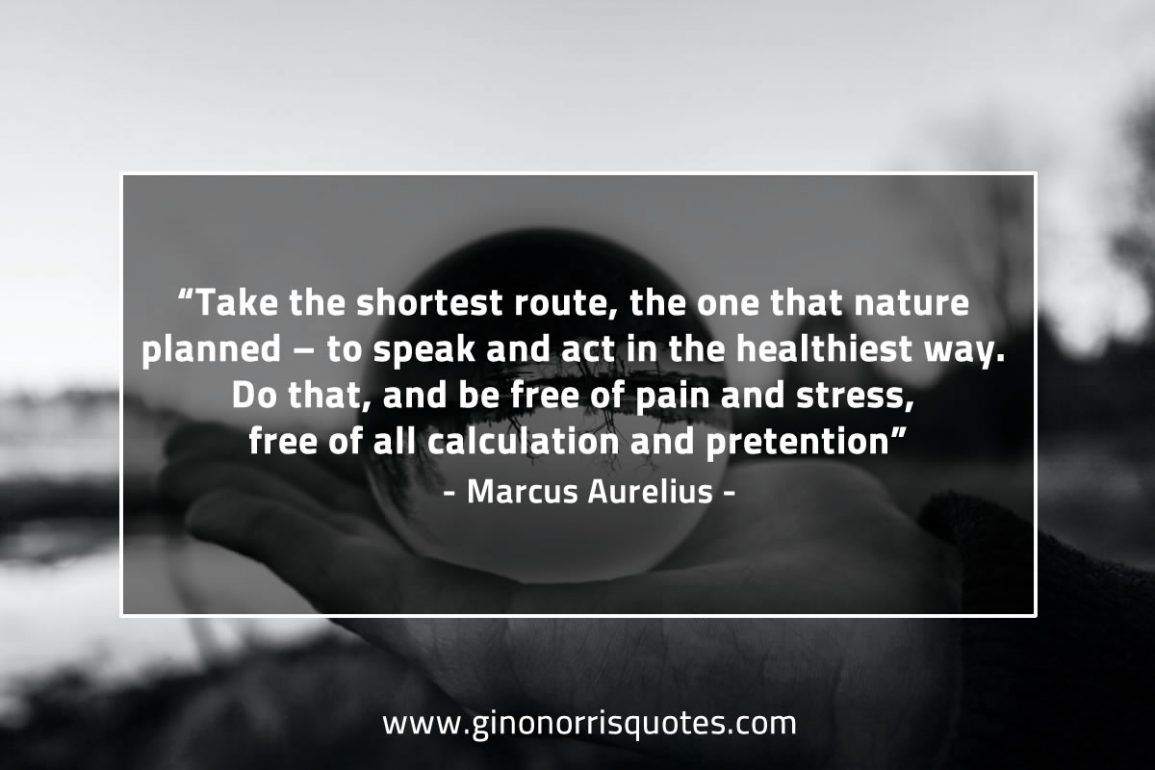 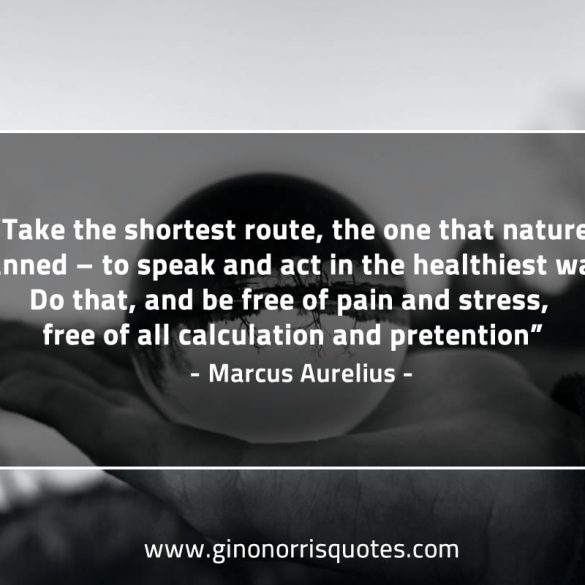 Take the shortest route, the one that nature planned – to speak and act in the healthiest way. Do that, and be free of pain and stress, free of all calculation and pretention.