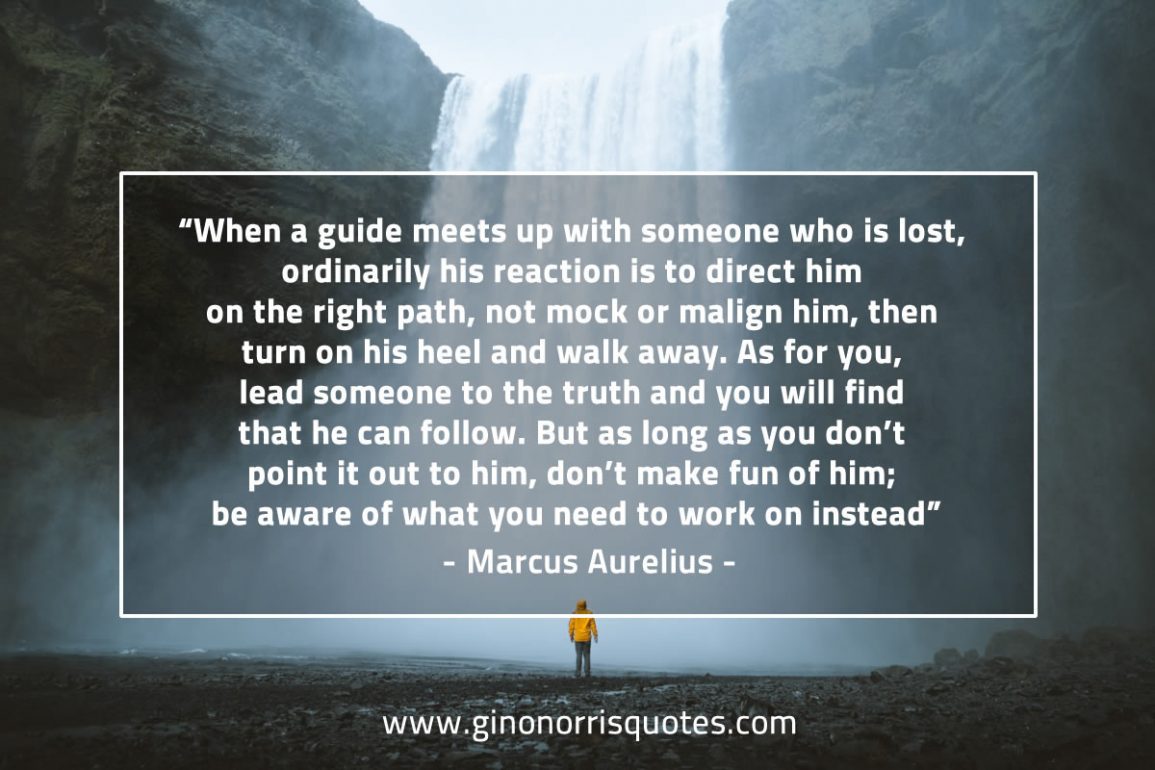 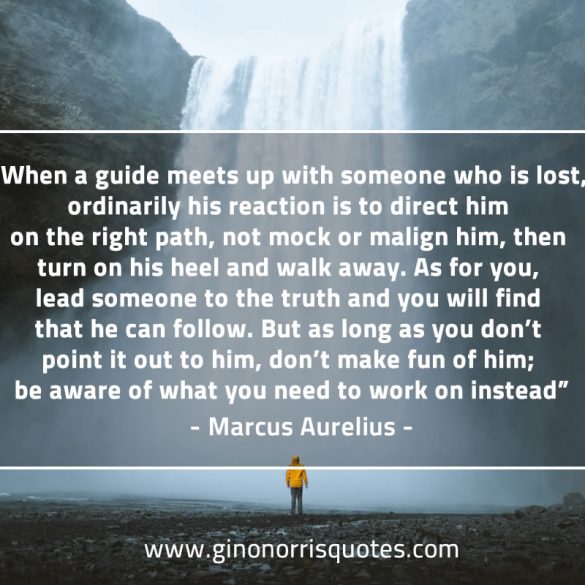 When a guide meets up with someone who is lost, ordinarily his reaction is to direct him on the right path, not mock or malign him, then turn on his heel and walk away. As for you, lead someone to the truth and you will find that he can follow. But as long as you don’t point it out to him, don’t make fun of him; be aware of what you need to work on instead.

Previous
No matter what anyone says or does, my task is to be good – Marcus Aurelius

Next
First, do nothing inconsiderately or without a purpose – Marcus Aurelius
Start typing to see results or hit ESC to close
wisdom life Gino Norris Inspiration ginonorrisquotes
See all results