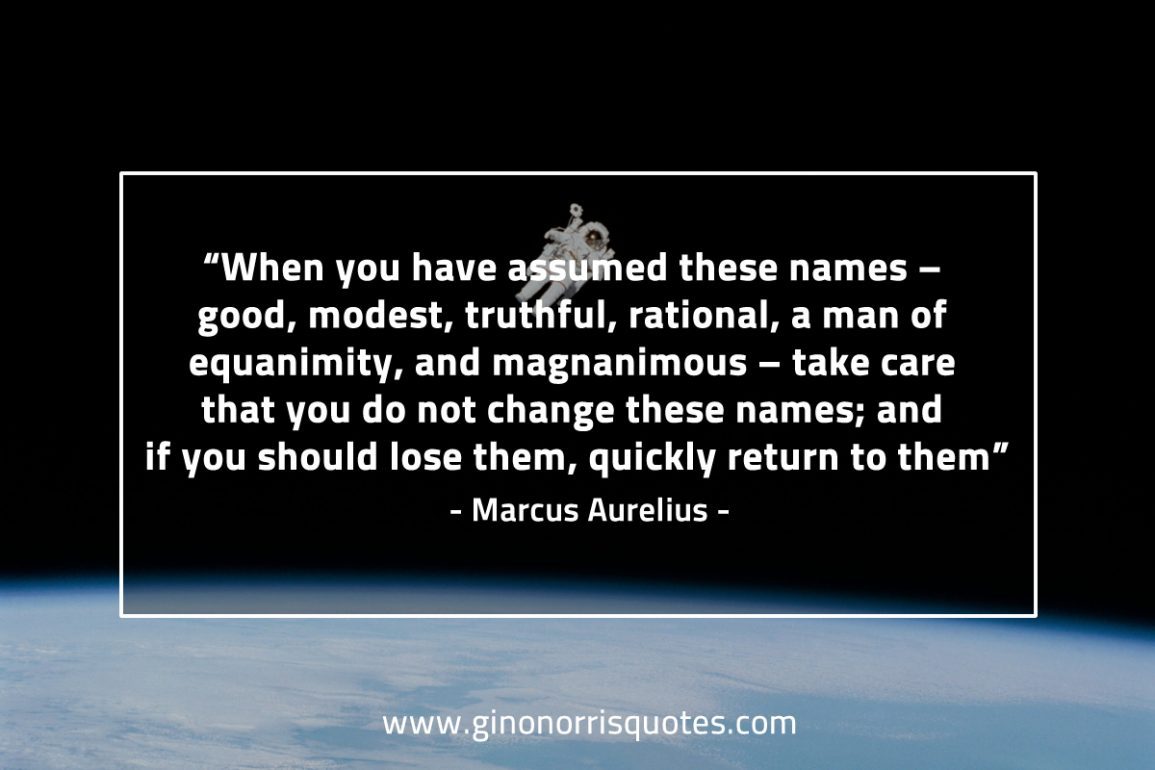 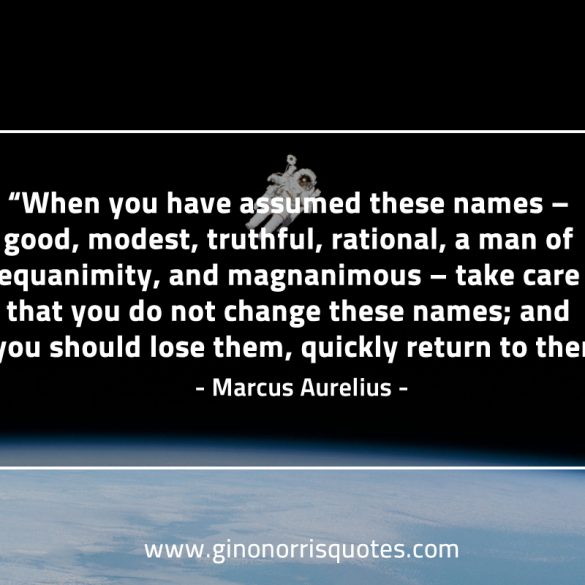 When you have assumed these names – Marcus Aurelius

When you have assumed these names – good, modest, truthful, rational, a man of equanimity, and magnanimous – take care that you do not change these names; and if you should lose them, quickly return to them.

Previous
I have often wondered how it is – Marcus Aurelius