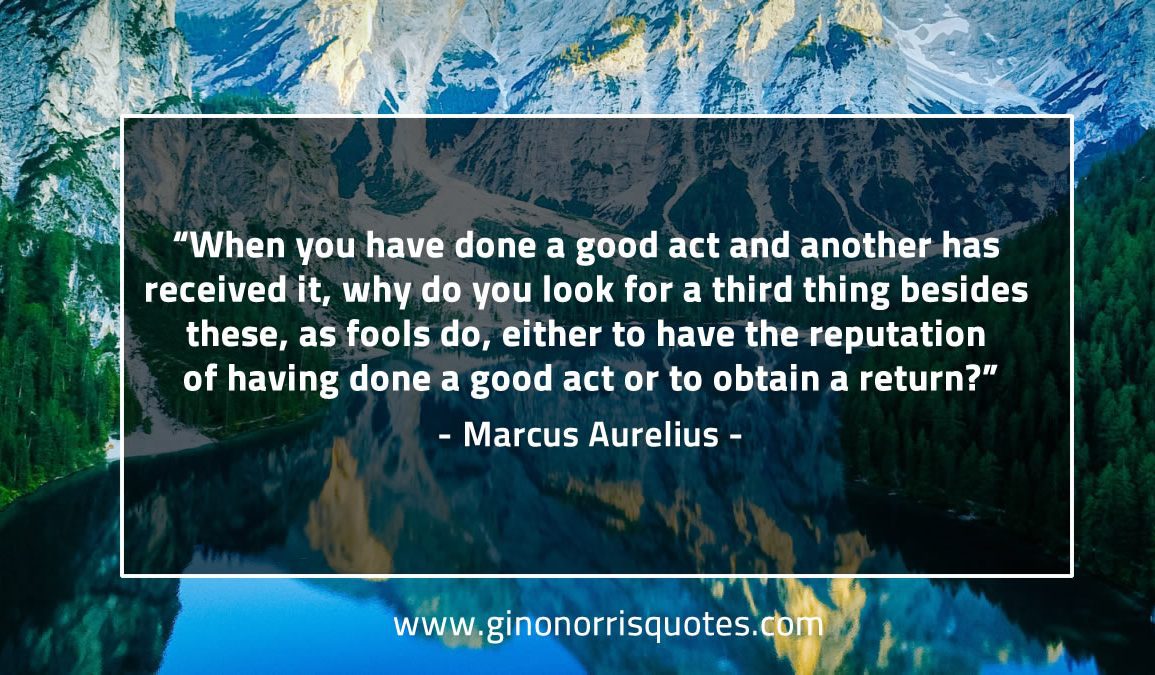 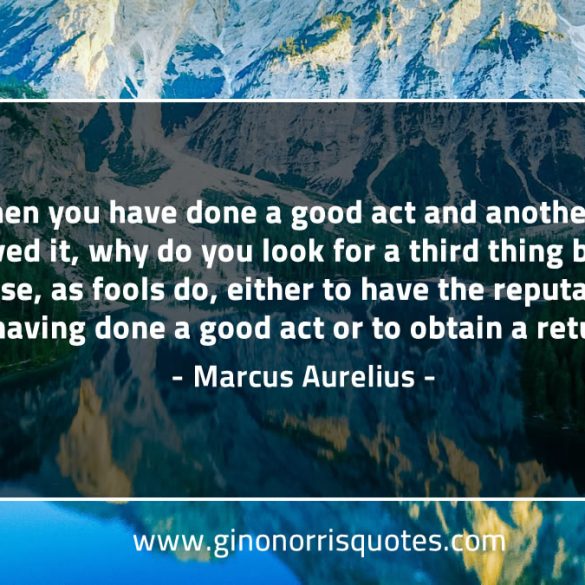 When you have done a good act and another has received it, why do you look for a third thing besides these, as fools do, either to have the reputation of having done a good act or to obtain a return?

Previous
If money is your only standard – Marcus Aurelius