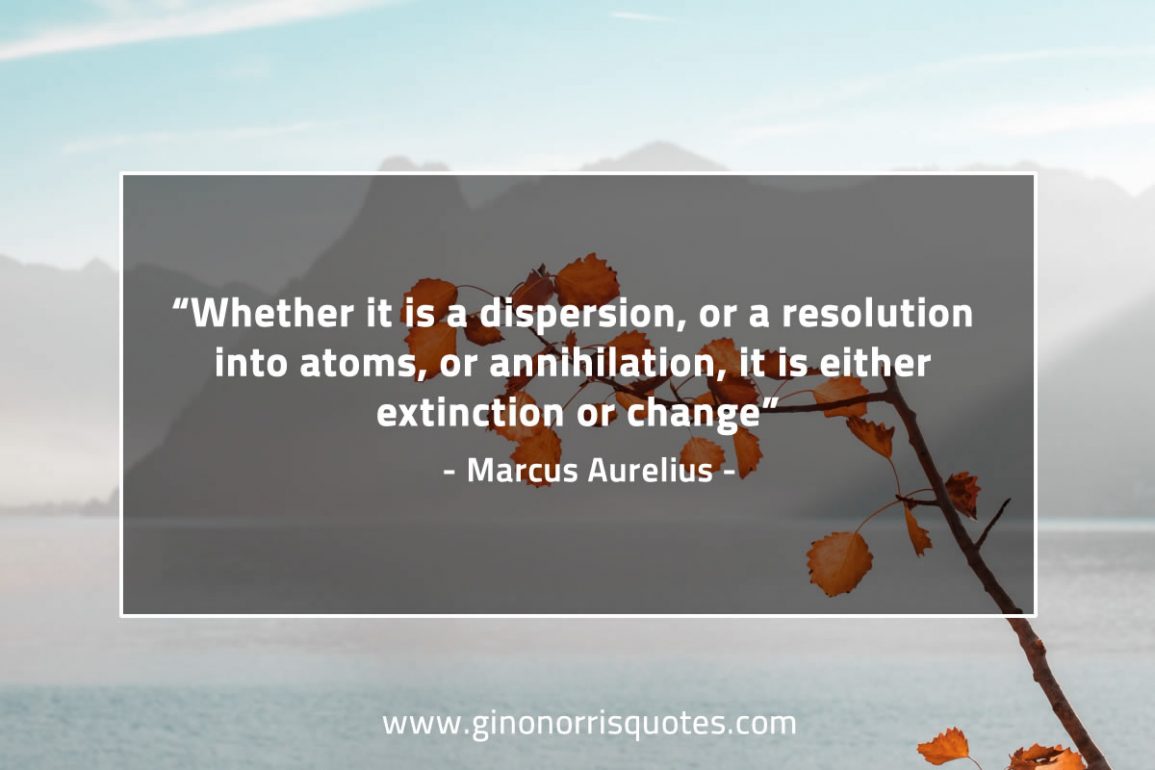 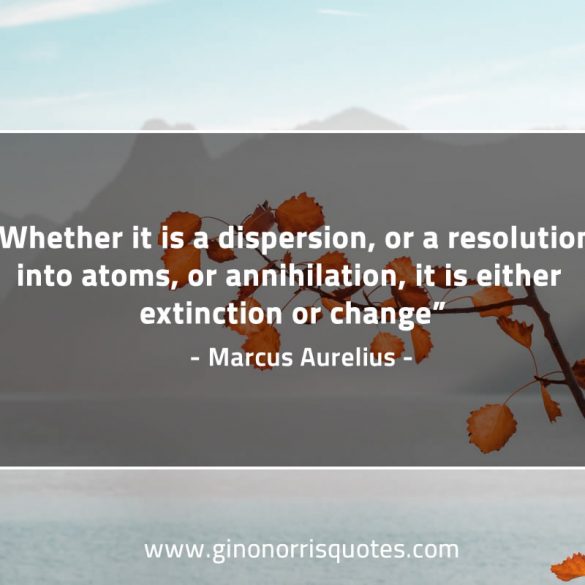 Whether it is a dispersion, or a resolution into atoms, or annihilation – Marcus Aurelius

Whether it is a dispersion, or a resolution into atoms, or annihilation, it is either extinction or change.