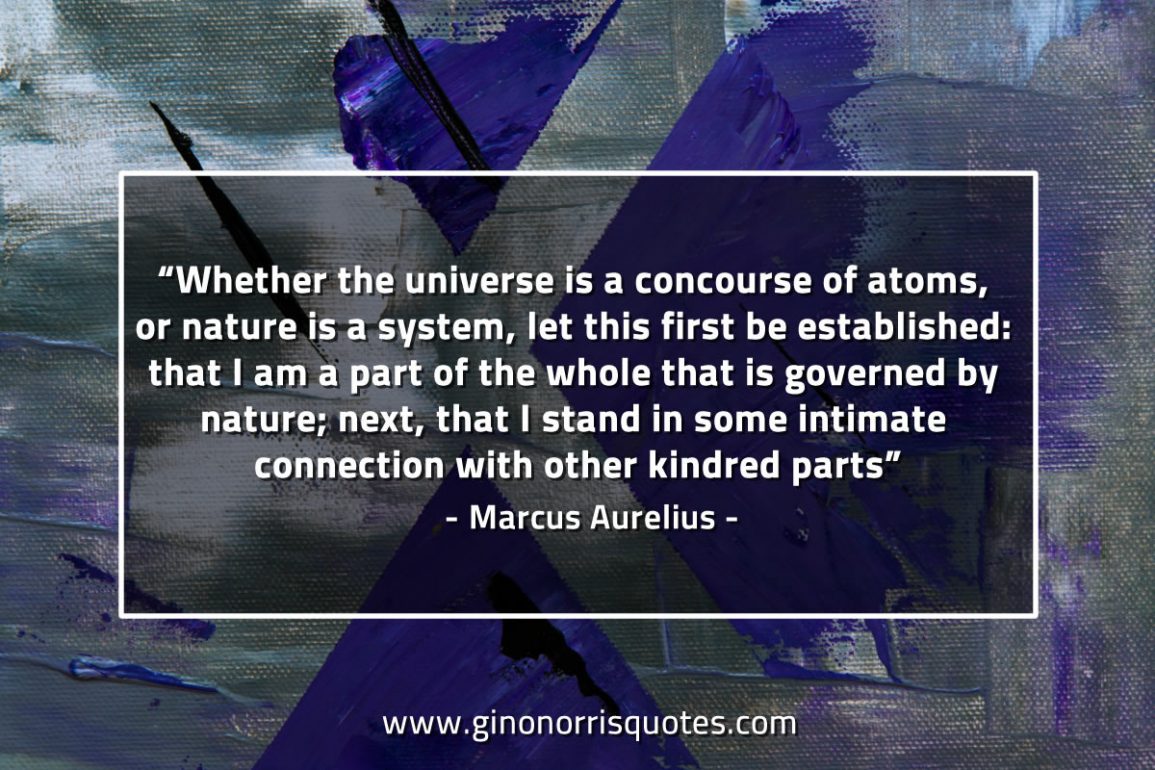 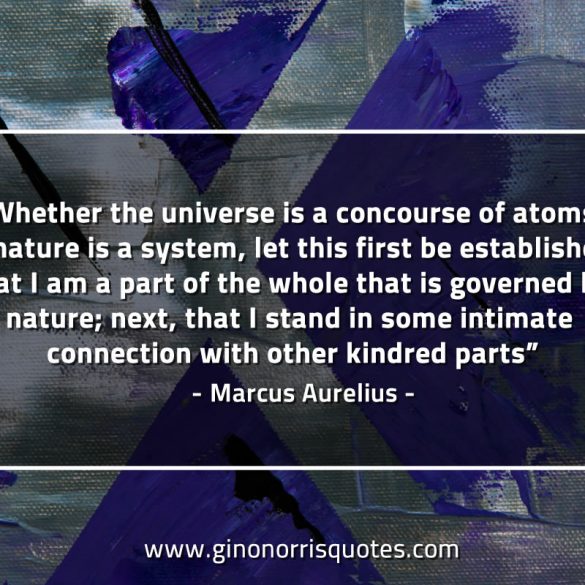 Whether the universe is a concourse of atoms – Marcus Aurelius

Whether the universe is a concourse of atoms, or nature is a system, let this first be established: that I am a part of the whole that is governed by nature; next, that I stand in some intimate connection with other kindred parts.

Previous
Whatever the nature of the whole does – Marcus Aurelius