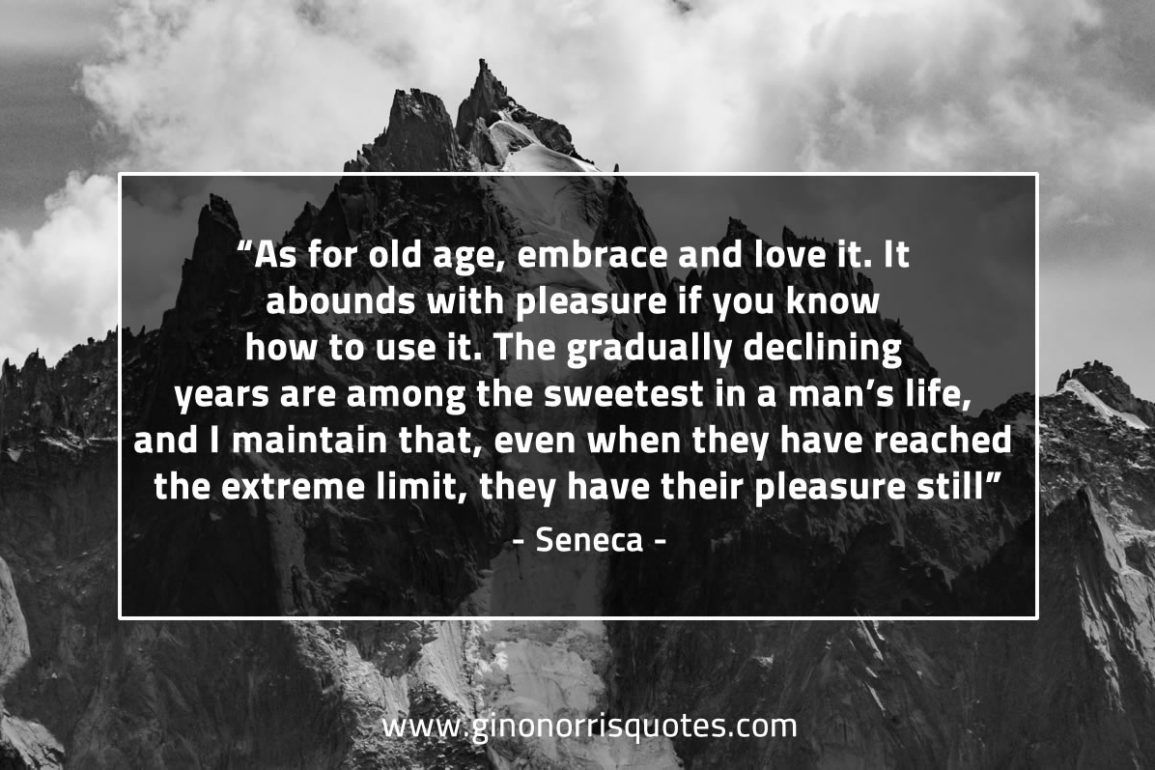 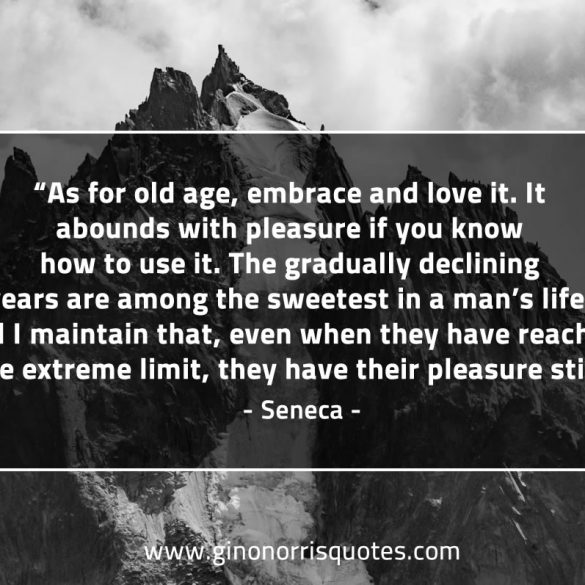 As for old age, embrace and love it – Seneca

As for old age, embrace and love it. It abounds with pleasure if you know how to use it. The gradually declining years are among the sweetest in a man’s life, and I maintain that, even when they have reached the extreme limit, they have their pleasure still.

Lucius Annaeus Seneca, also known as Seneca the Younger or simply Seneca, was a Roman Stoic philosopher, statesman, dramatist, and—in one work—satirist from the Silver Age of Latin literature. Seneca was born in Corduba in Hispania, and raised in Rome, where he was trained in rhetoric and philosophy.
Born: Córdoba, Spain
Died: 12 April 65 AD, Rome, Italy
Profession: was a Roman Stoic philosopher, statesman, dramatist
Nationality: Italian/Roman

Previous
There is nothing more despicable – Seneca

Next
For many men, the acquisition of wealth – Seneca
Start typing to see results or hit ESC to close
wisdom life Gino Norris Inspiration ginonorrisquotes
See all results