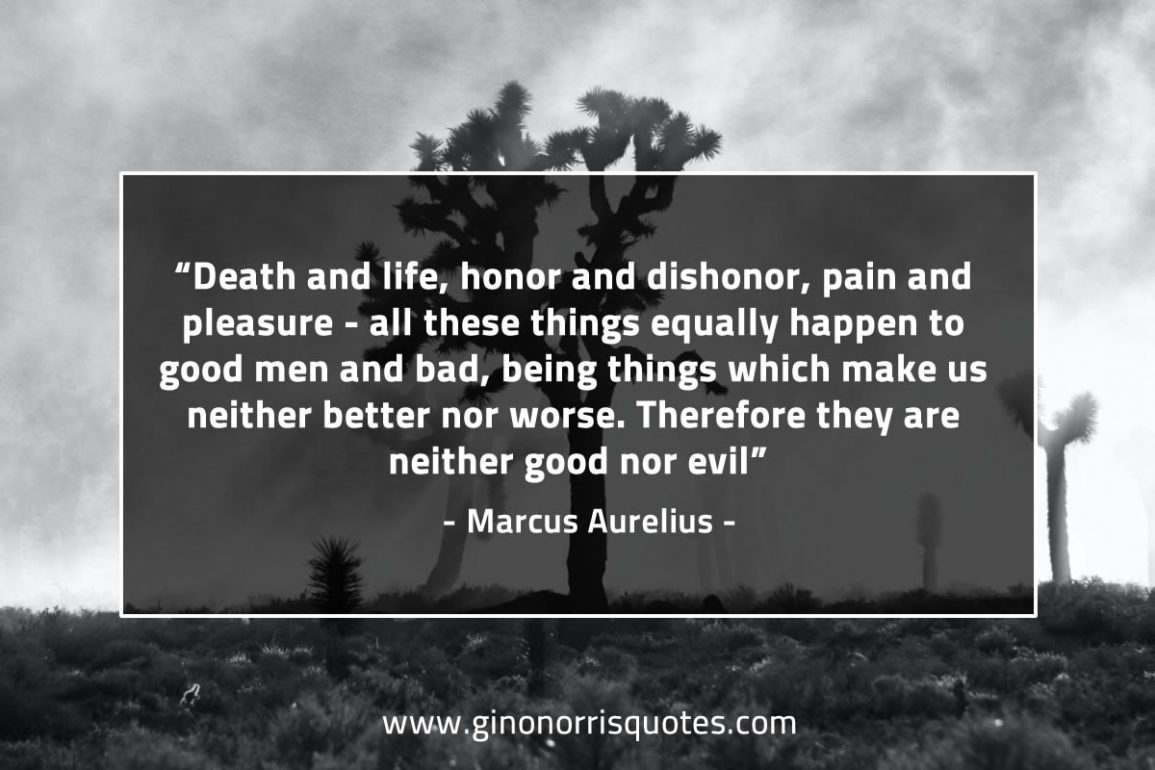 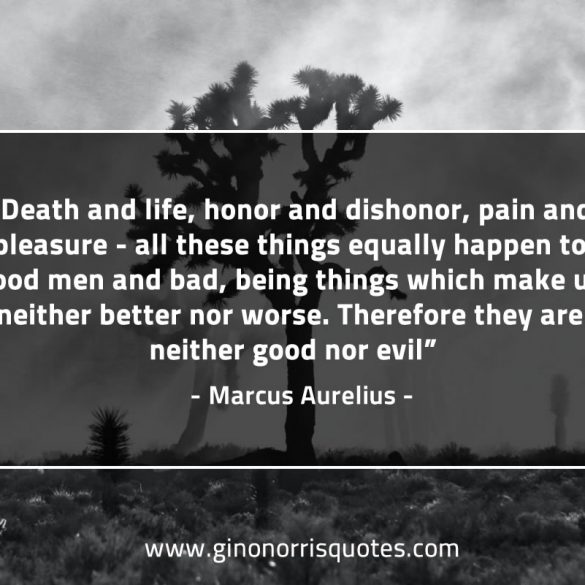 Death and life, honor and dishonor, pain and pleasure — all these things equally happen to good men and bad, being things which make us neither better nor worse. Therefore they are neither good nor evil.