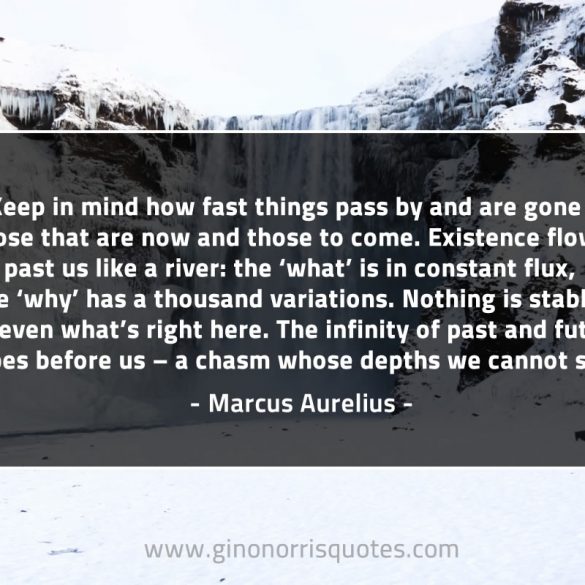 Keep in mind how fast things pass by and are gone – those that are now and those to come. Existence flows past us like a river: the ‘what’ is in constant flux, the ‘why’ has a thousand variations. Nothing is stable, not even what’s right here. The infinity of past and future gapes before us – a chasm whose depths we cannot see.