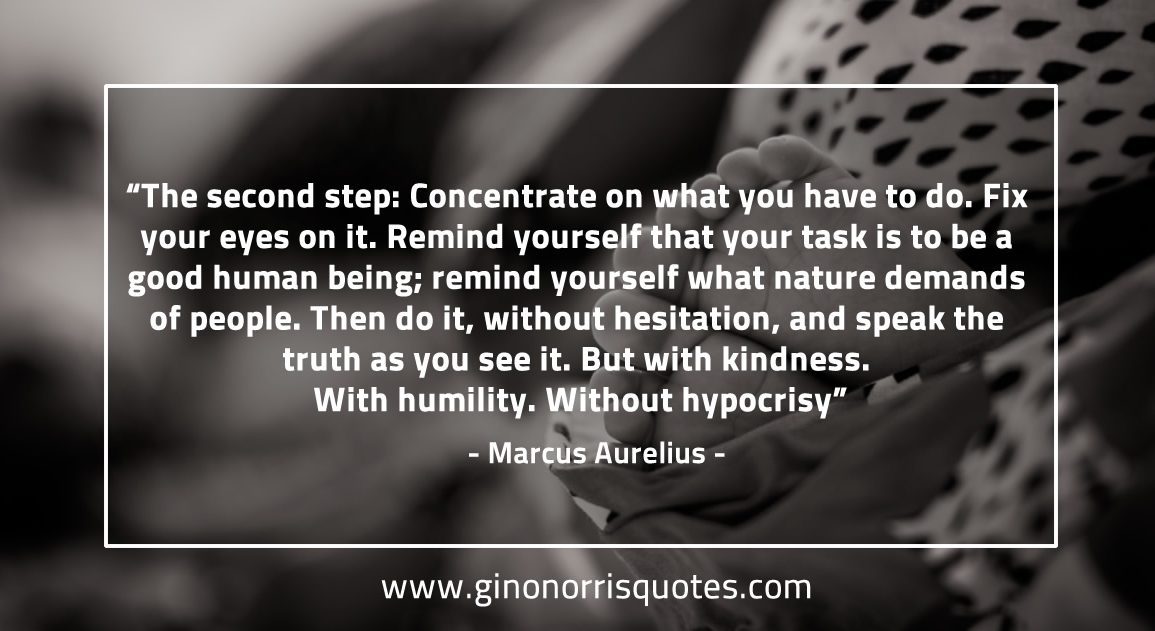 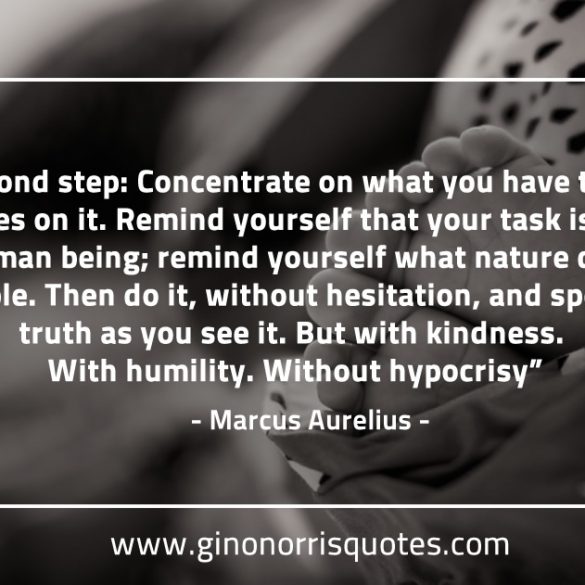 The second step: Concentrate on what you have to do – Marcus Aurelius

The second step: Concentrate on what you have to do. Fix your eyes on it. Remind yourself that your task is to be a good human being; remind yourself what nature demands of people. Then do it, without hesitation, and speak the truth as you see it. But with kindness. With humility. Without hypocrisy.

Previous
Be tolerant with others – Marcus Aurelius