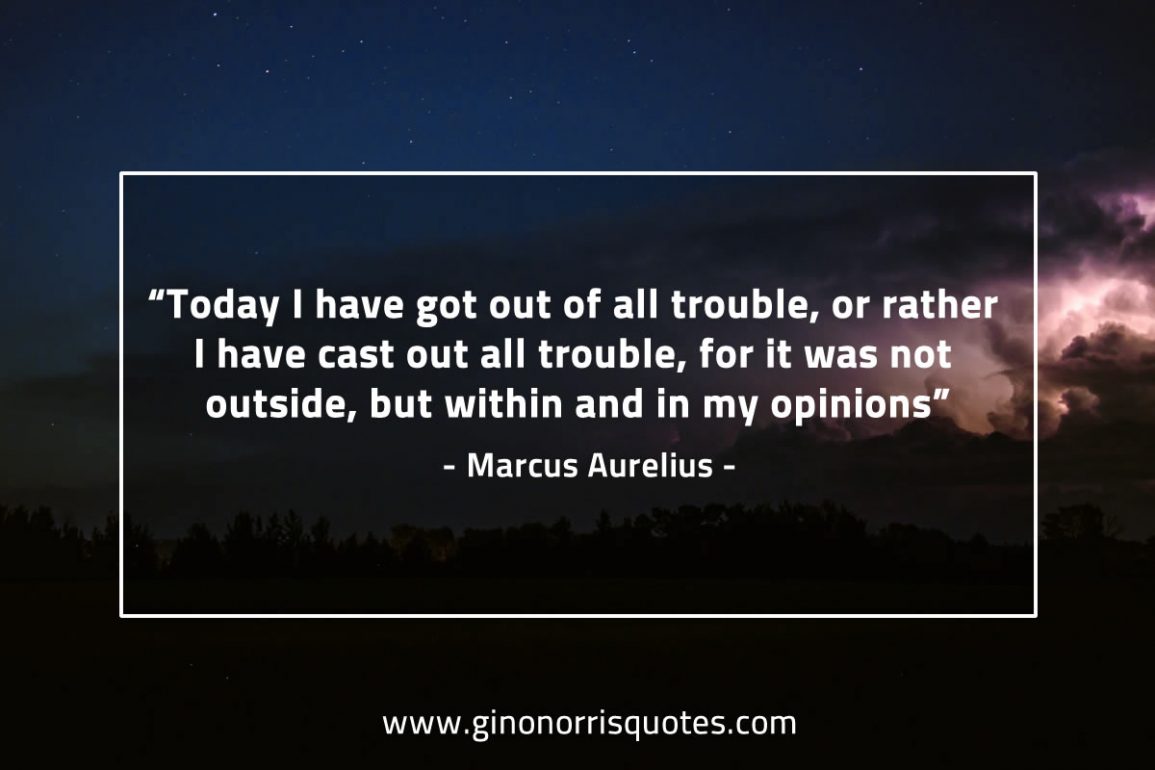 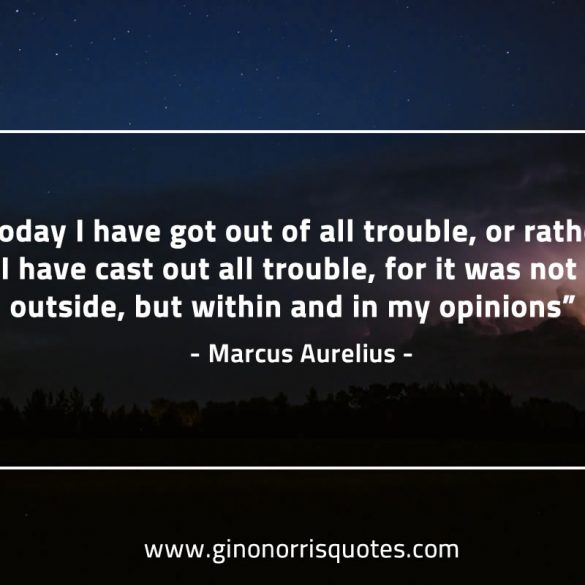 Today I have got out of all trouble – Marcus Aurelius

Today I have got out of all trouble, or rather I have cast out all trouble, for it was not outside, but within and in my opinions.