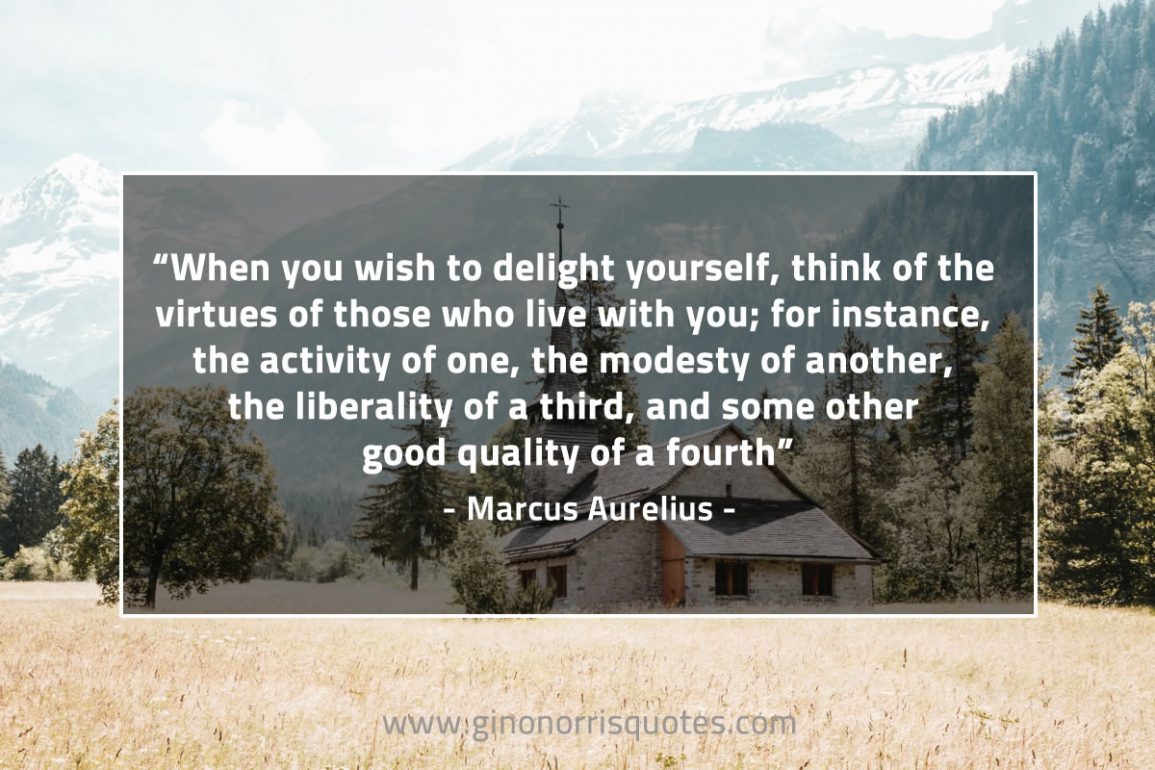 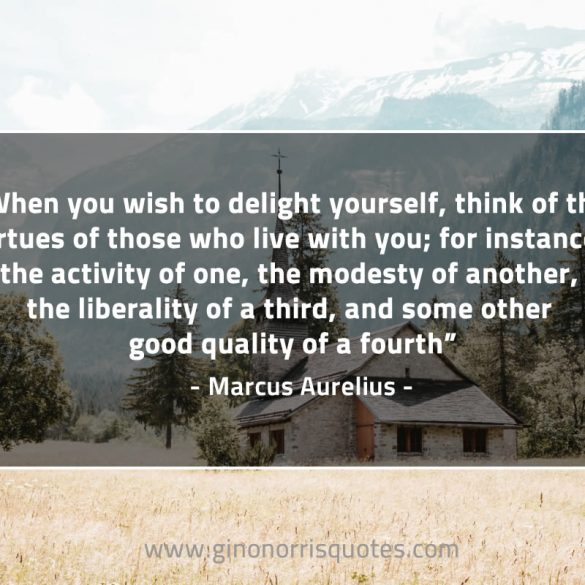 When you wish to delight yourself – Marcus Aurelius

When you wish to delight yourself, think of the virtues of those who live with you; for instance, the activity of one, the modesty of another, the liberality of a third, and some other good quality of a fourth.