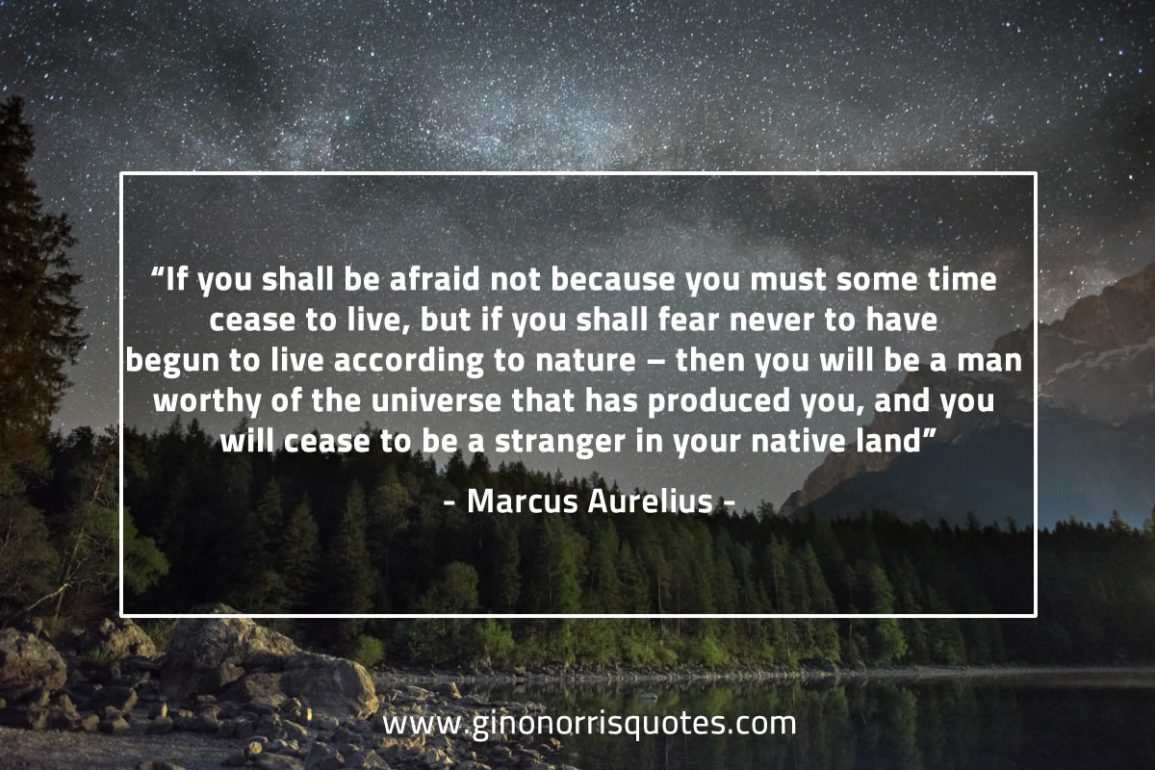 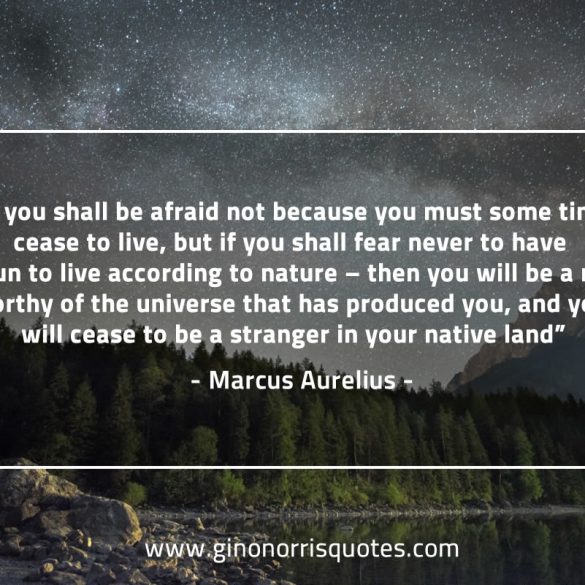 If you shall be afraid not because you must some time cease to live, but if you shall fear never to have begun to live according to nature – then you will be a man worthy of the universe that has produced you, and you will cease to be a stranger in your native land.

Next
If you like doing something, do it regularly – Marcus Aurelius
Start typing to see results or hit ESC to close
wisdom life Gino Norris Inspiration ginonorrisquotes
See all results